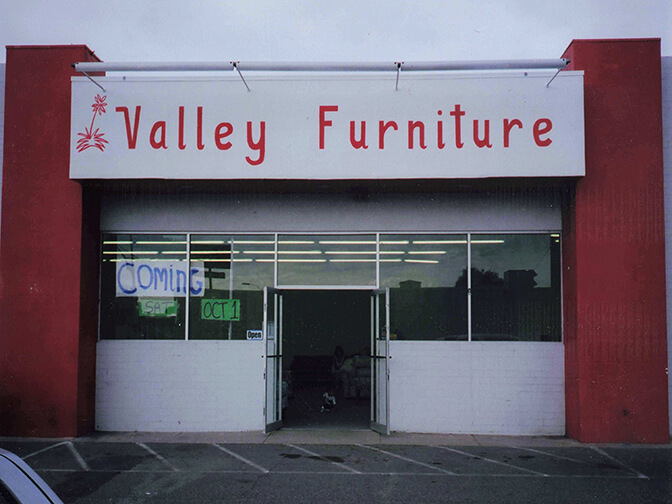 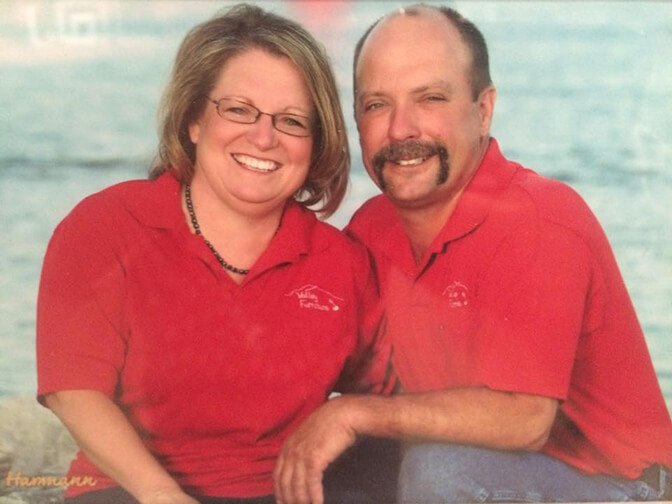 Valley Furniture was founded by Steve & Diane Junion in 1994. The Junions had a vision of providing the Southeastern Arizona area with excellent service by offering the largest selection of quality furniture, mattresses, and décor at a reasonable price that would fit any budget. They first opened their doors with 3,800 SQ FT of combined showroom and warehouse space in the old Checker Auto building on the corner of 5th Ave and Highway 70 across from the Safford Post Office. The business was started with hope, hard work, and a dream of being self-employed and being able to give back to the community.

The community continued to support the business for the first 5 years and sales continued to grow each year to the point where 3,800 SQ FT just wasn’t big enough. So in 1999, Steve and Diane relocated Valley Furniture outside of the city limits and purchased a building across from the fairgrounds that was formerly known as the ”Bargain Barn.” This store was a total of 8000 SQ FT, a significant upgrade compared to the small downtown store from before. After being in that store for almost 2 years, the Junions decided they needed more warehouse space, so in 2001 they constructed a 7,000 SQ FT warehouse behind their current building, bringing the total square footage with an additional smaller warehouse to over 16,000 SQ FT.

With a loyal customer base and dozens of different brands to display, the store needed even more room to expand on its ideas! In 2005, the Junions purchased a large plot of land and next to their store and began building their new superstore with triple the amount of space! The new store would be 24,000 SQ FT compared to their current store that was only 8,000 SQ FT. Moving out of the old store also freed up that building to become more warehouse space and brought the total under roof space for showroom and warehouses to over 40,000 SQ FT.

It was also around this time that the community kept asking the Junions to sell TVs and appliances. They listened to the needs of the community and had brought in a few TVs and appliances and sold them within days. The Junions decided they could permanently add to the offering of furniture and mattresses they were providing for the community so they brought in LG/Zenith TVs, as well as Frigidaire, Crosley, and GE appliances. They even decided to adopt a new logo and change the name of the business to Valley Furniture & Appliance. By 2006, the new store opened its doors and invited customers inside. Since then, Valley Furniture & Appliance has made this location its home and now offers the largest selection of appliances in Southeast Arizona.

In 2018, the Junions expanded their business outside of Valley Furniture & Appliance location by starting the construction of America's Mattress (5,000 SQ FT), located next to Wal-Mart and Carl's Jr in Safford. The store opened its doors to those looking to better their sleep experience on August 23rd, 2019. Bed shopping can be a stressful experience; this pushed the Junions to create a relaxing atmosphere for customers as they explore the choices in mattresses and accessories. Since its grand opening, America's Mattress has become an excellent resource for sleep essentials including mattresses, adjustable bases, pillows, and high quality bedding. 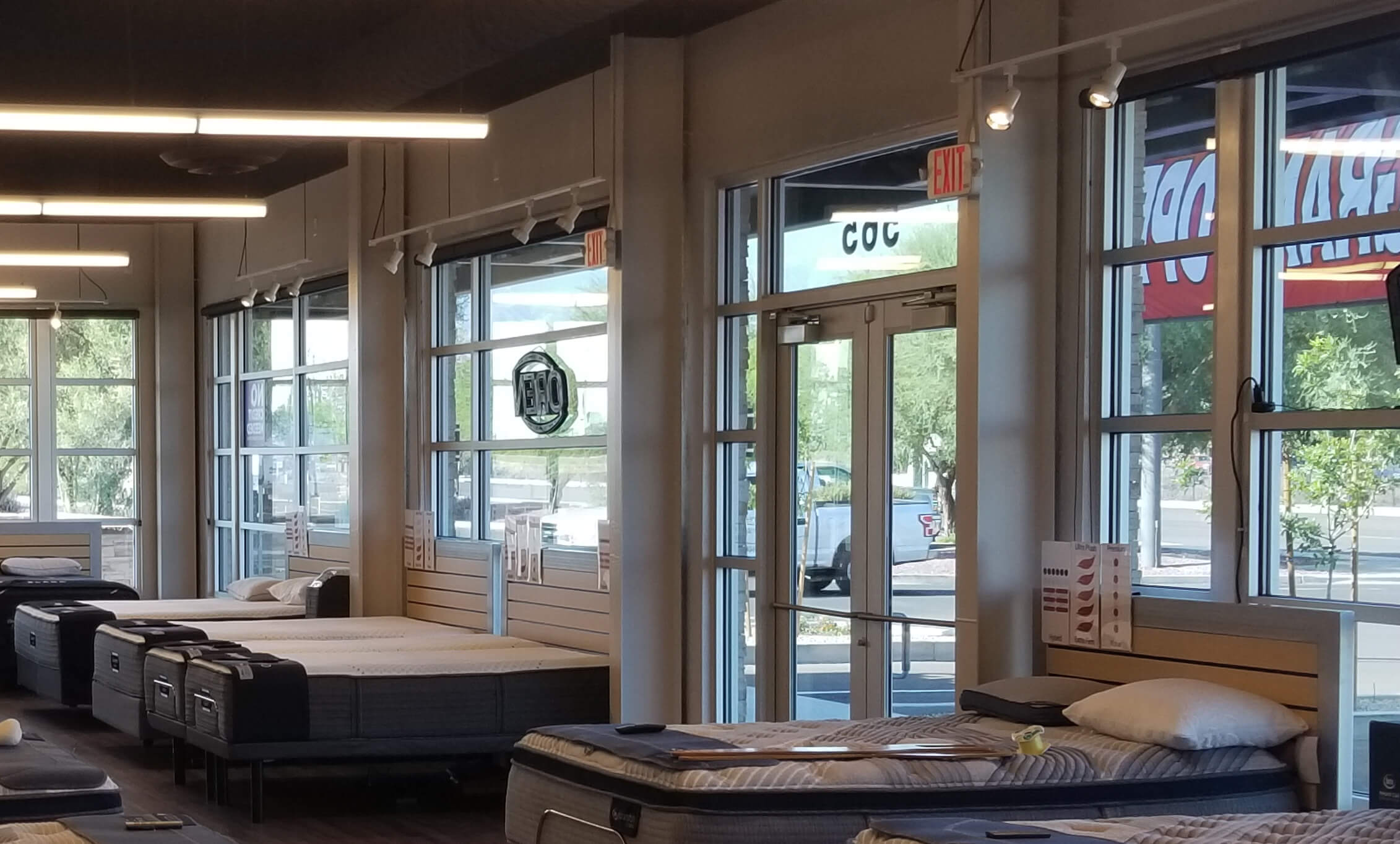 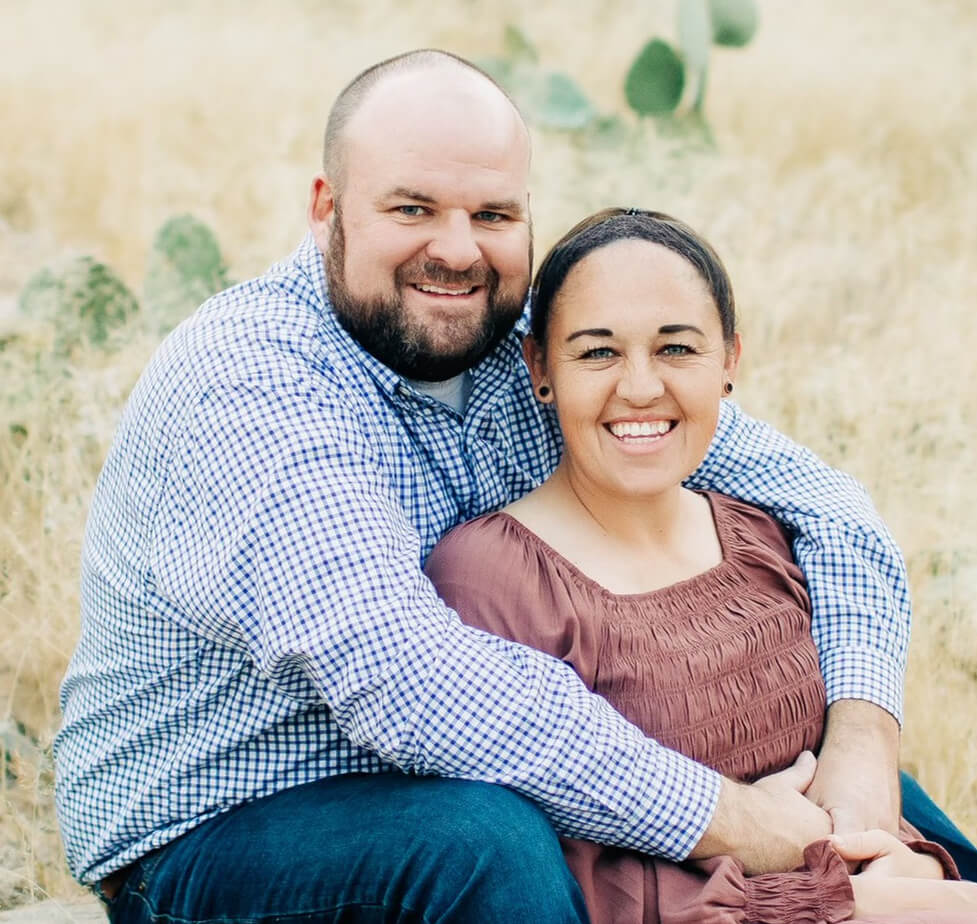 For 25 years, Steve and Diane achieved their dreams of creating a family-friendly shopping experience that welcomed customers new and old. When Steve retired in 2019, he sold the business to his brother-in-law, Sam Curtis and his wife Emily. Sam had a long history with Valley Furniture & Appliance and had been there since the store first opened. He began working with Steve in 1995, doing deliveries as a teenager, and then became a salesperson in 2001 and the store manager in 2006. Since their takeover, Sam and Emily have not only continued to achieve the goals of Steve and Diane, but expanded on their own, creating a showroom bursting with personality that welcomes any style and any customer through its doors. At Valley Furniture & Appliance, we believe in providing every style, with every budget in mind, for everyone. We are your neighbors, and we believe in supporting the local families and businesses that support us!

Thank you for reading about our business and supporting us. We appreciate you!

Tell Us About Yourself

We're proud to be a small, local business and we want to get to know our customers.

We appreciate it! Please don't hesitate to contact us if you have any questions.